A very contemporary concrete extension to the rear of a Bronte Federation house posed both a problem and an opportunity. ‘The architecture was monumental, with an austere beauty, and our role was to add character through the addition of complementary hard and soft materials’, says Briony.

Working alongside the builder, timbers such as  American Walnut was introduced for its warmth, handmade Spanish tiles were tumbled to blunt their edges, and sandstone with its inherent character, all served to shift the balance while respecting the original structure.

‘Everything was specified as new for this project and the clients had an adventurous streak which allowed us to play with colour and pattern where appropriate’, says Briony. The wall behind the bed in the master suite was completely upholstered in a blue/grey linen and the dining room chairs had the punch of a flamboyant Missoni fabric. ‘The furniture had to be assertive in form and colour to compete with the concrete structure as light and whimsical wouldn’t have worked’, says Briony. To that end the artwork, such as the impactful Dale Frank is juxtaposed with a pot-bellied English cabinet. ‘Some contrasts just work’, she says. 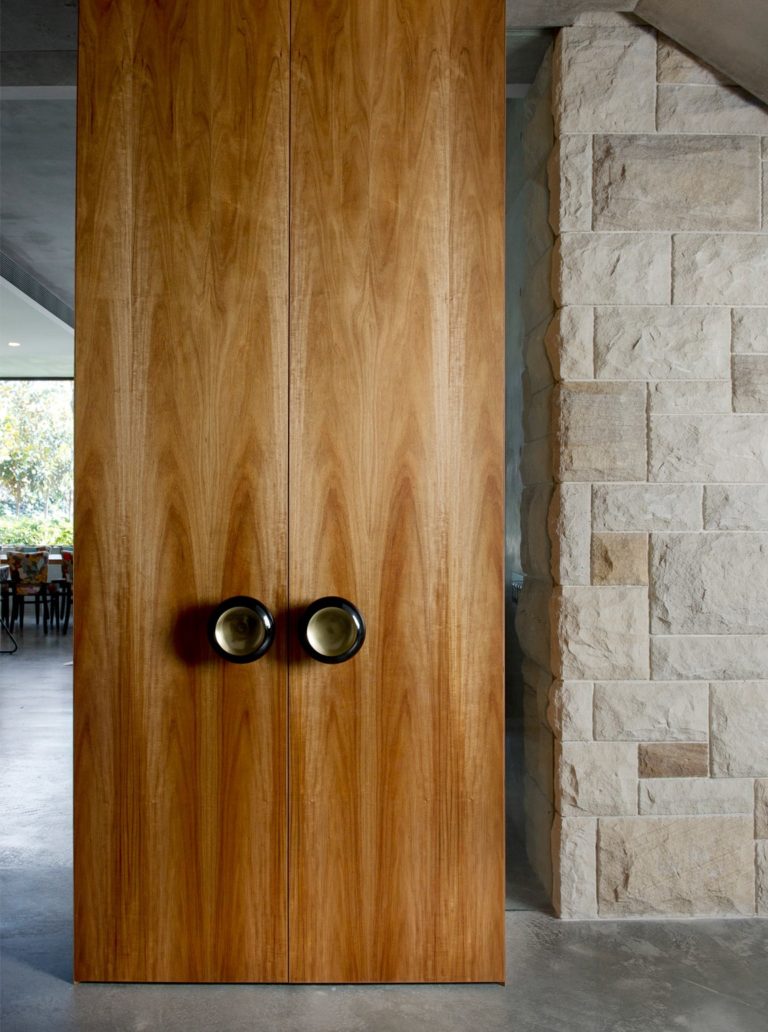 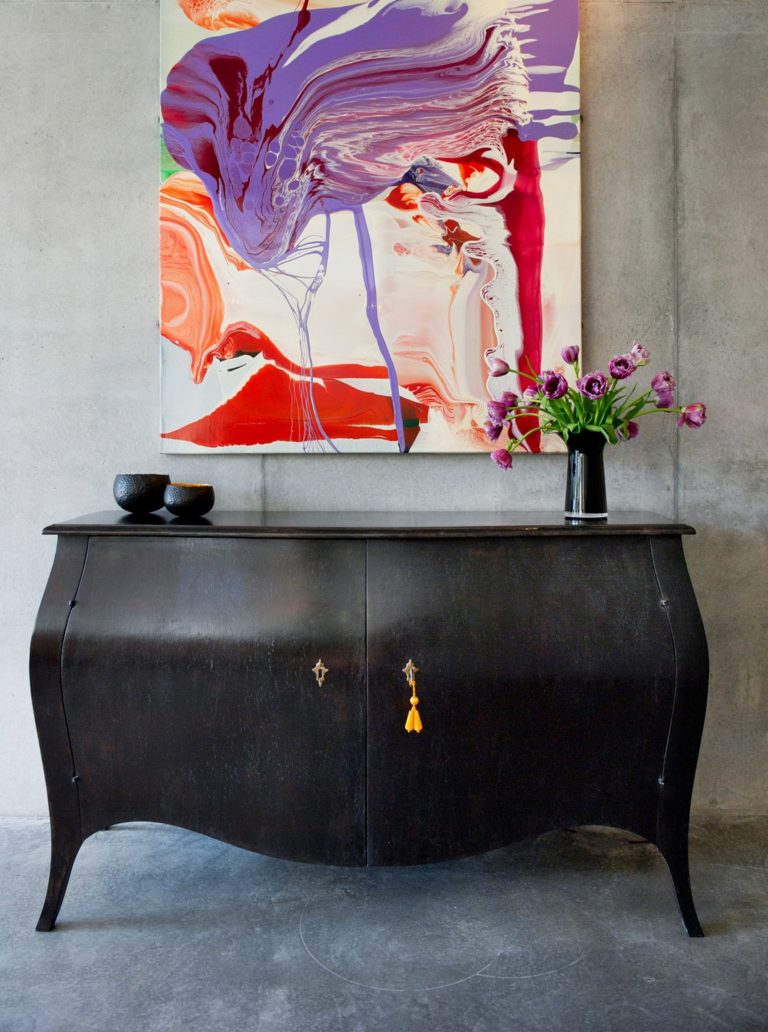 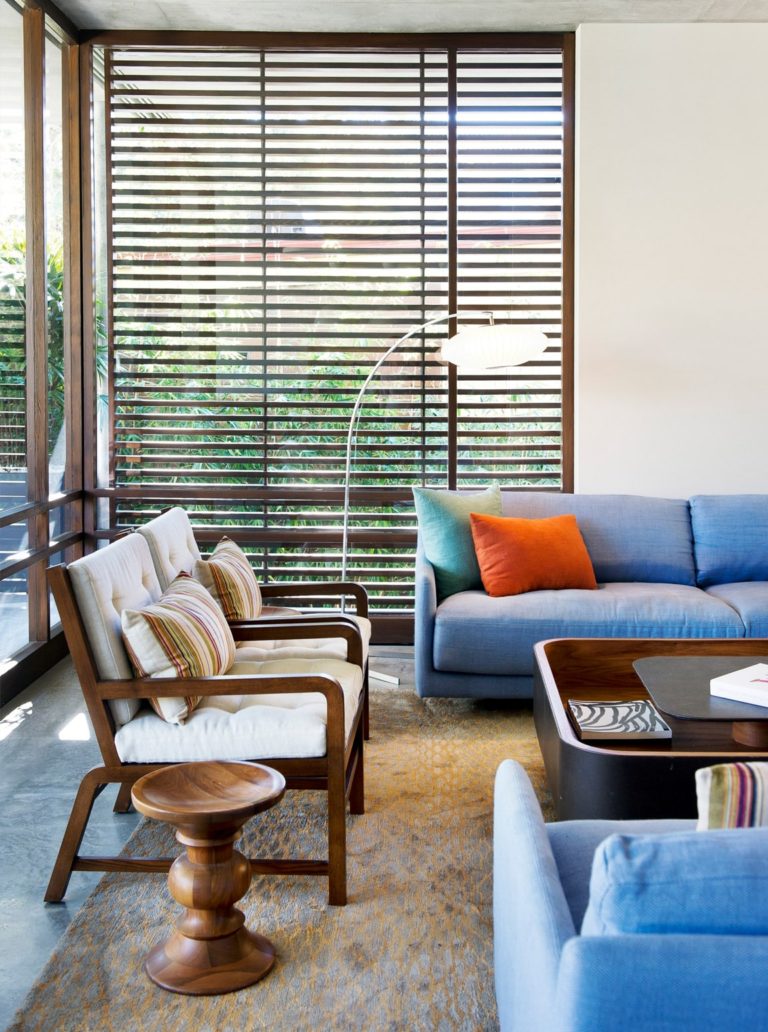 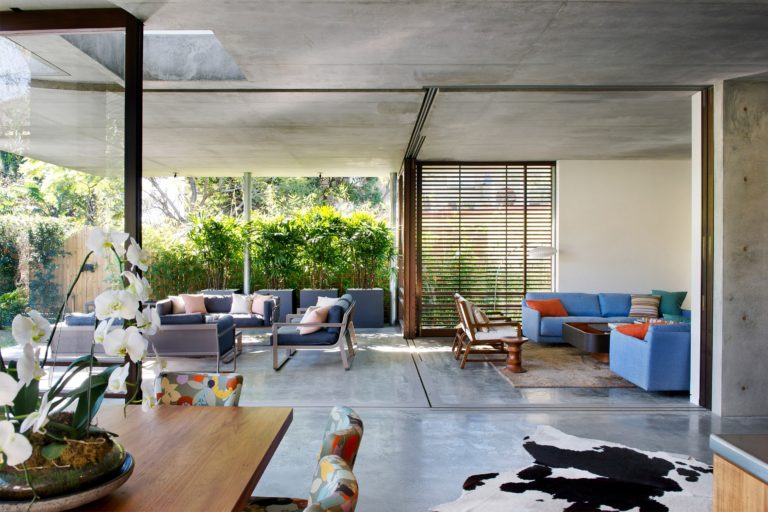 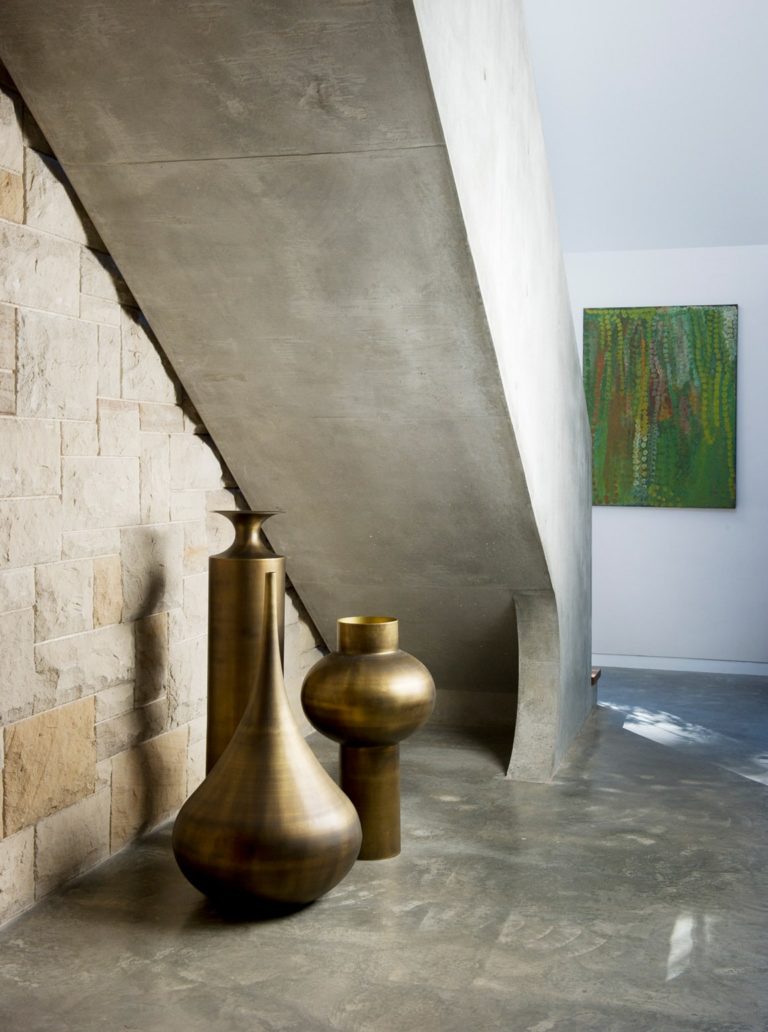 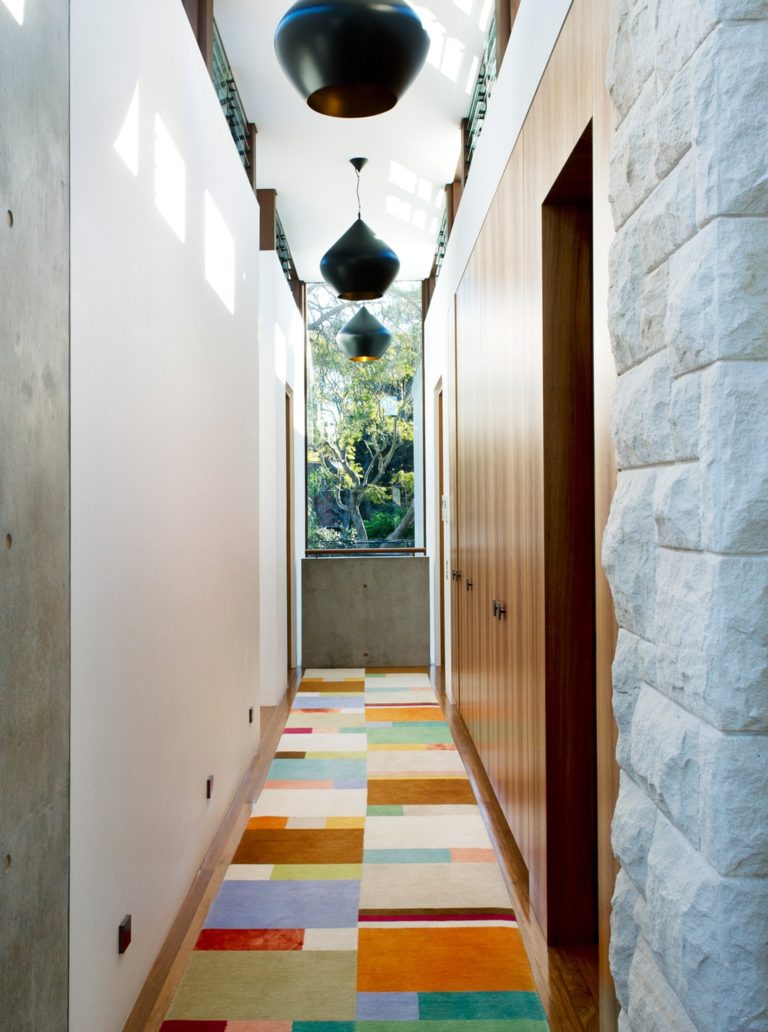 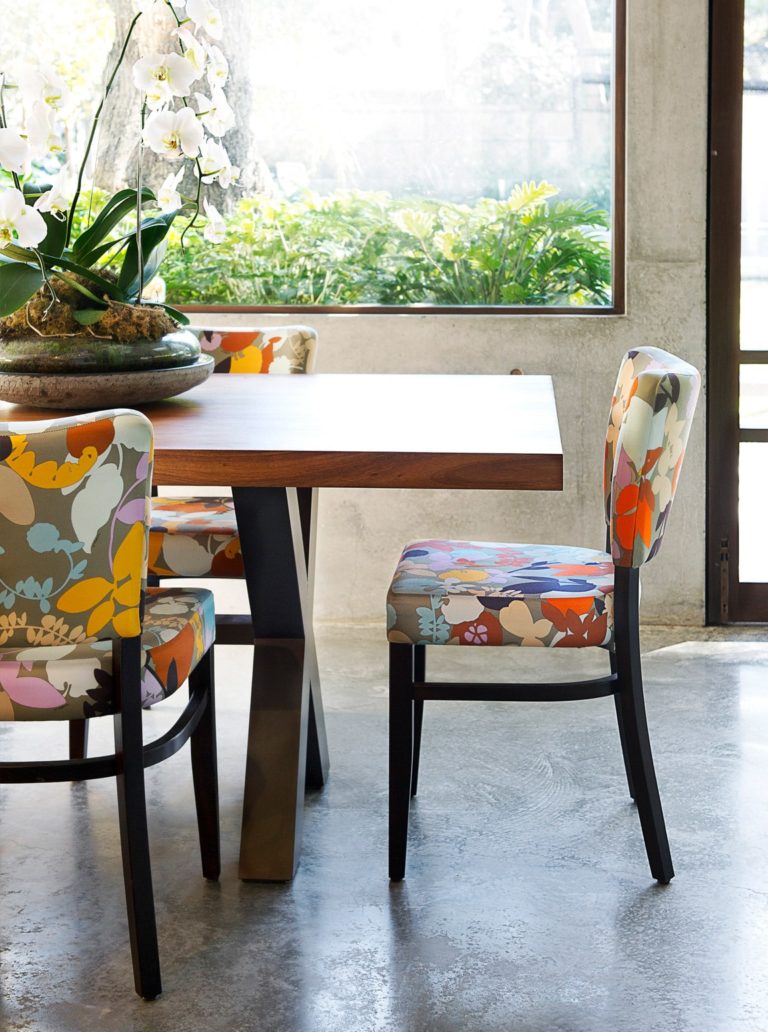 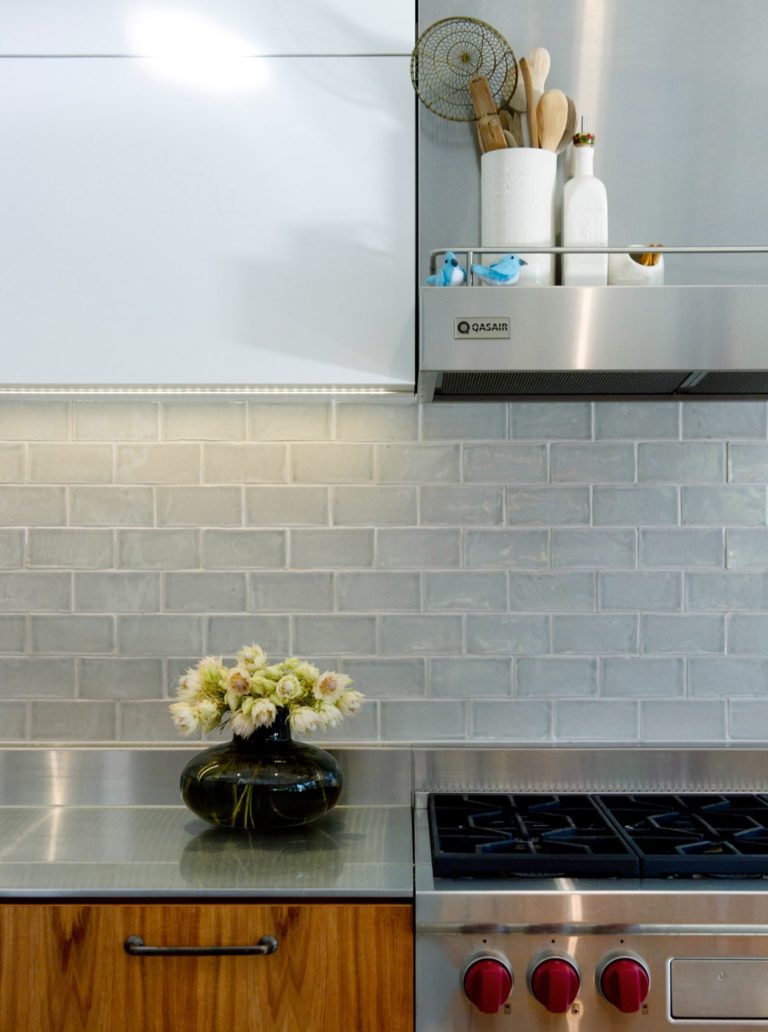 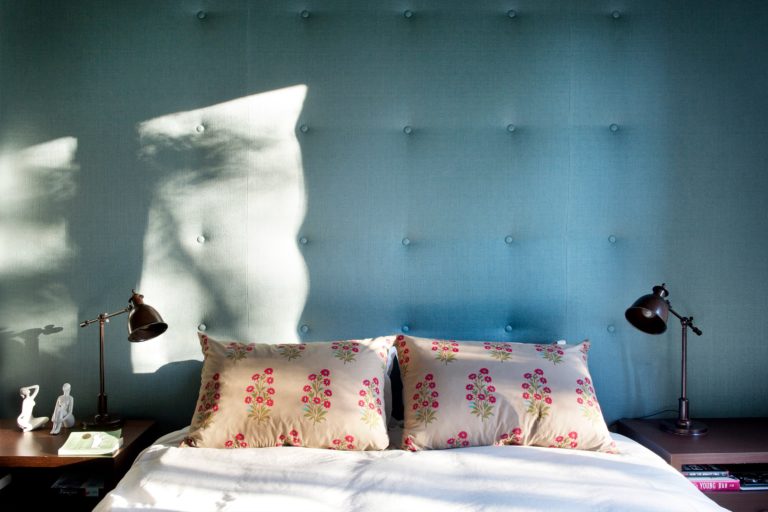 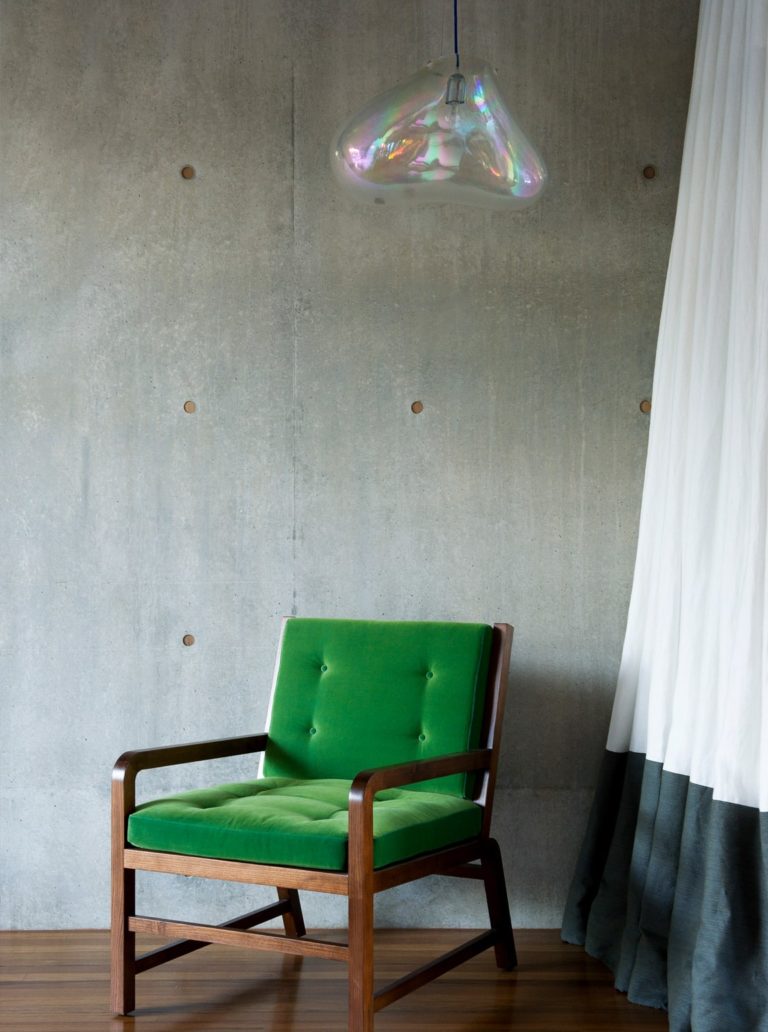 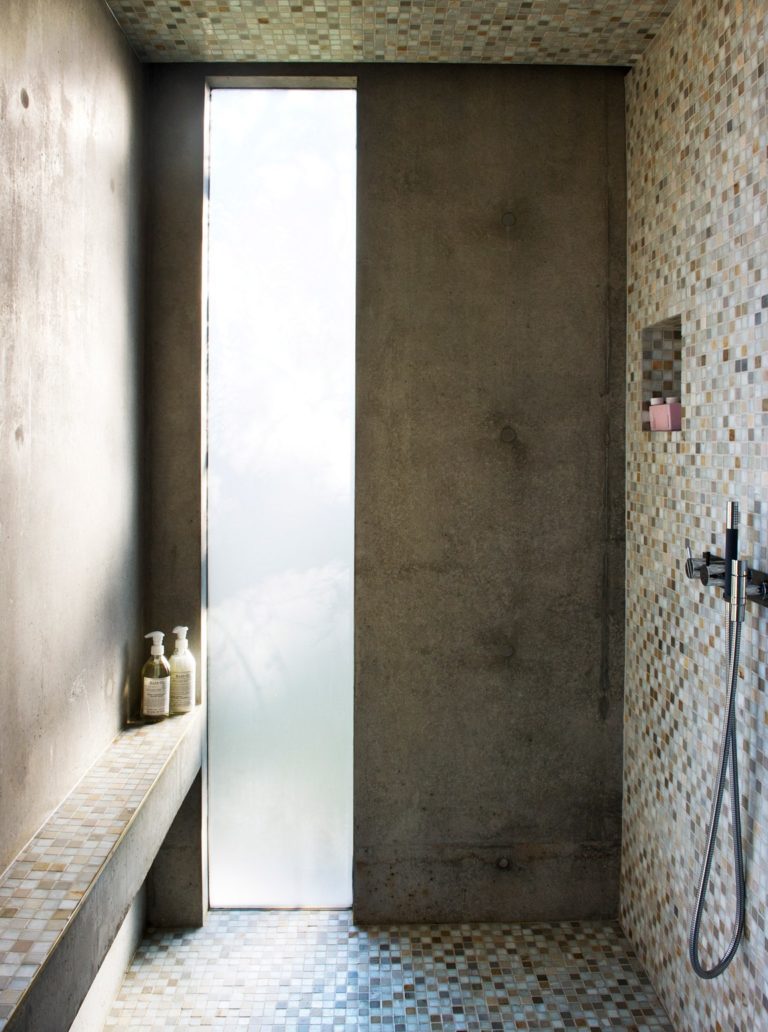 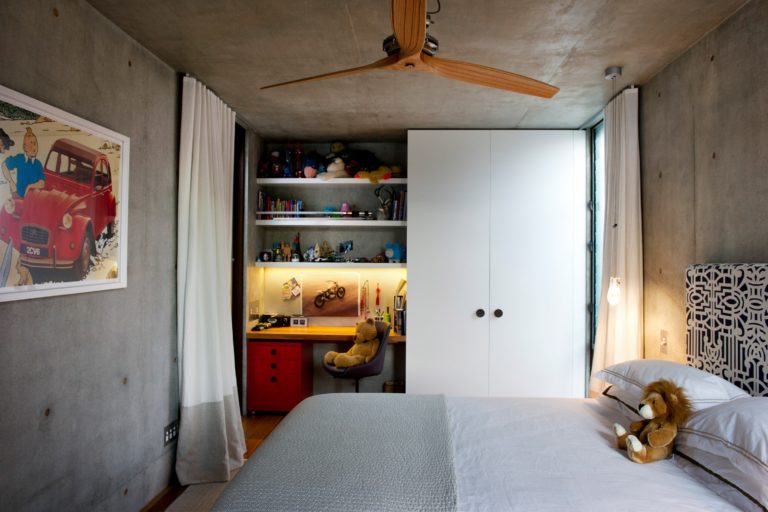 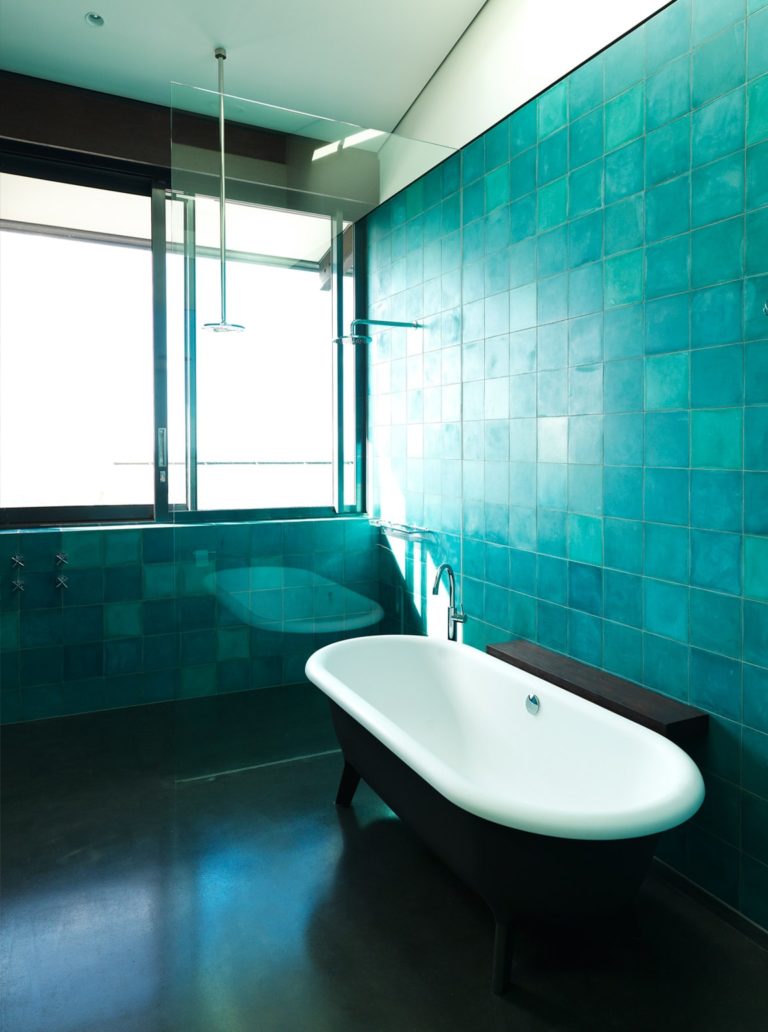 Working alongside architect Nadine Alwill, and landscape designer William Dangar, the interior design of this rural property had to match the robust honesty of the materials - black stained timbers, rammed earth and stone. 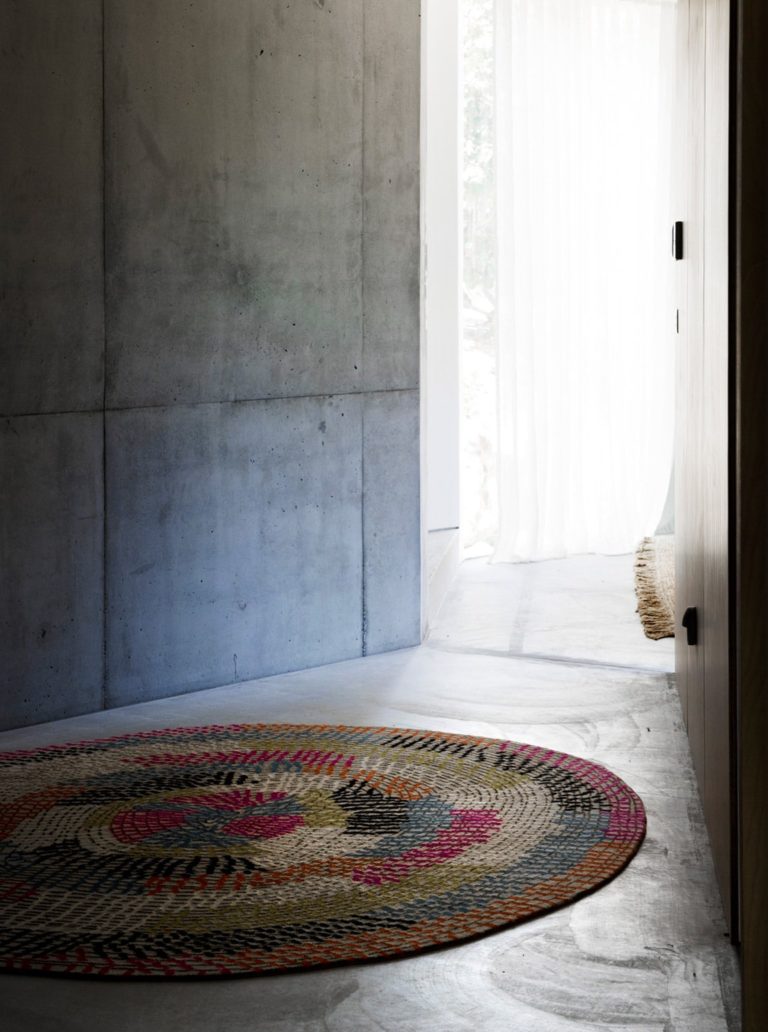 This concrete beach house by MCK Architecture is designed in a tapering form to maximise the views over the beach while masking those of the road. 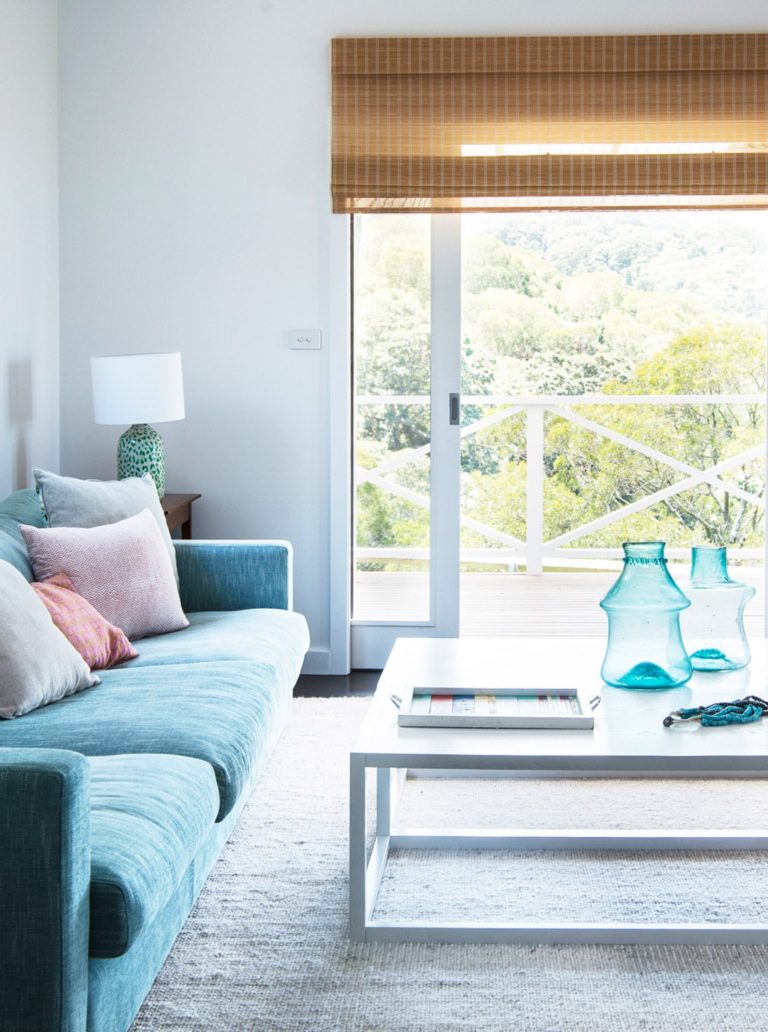 Briony often says that a house tells you what it needs, and this is an example where working into the original character of the house she has expanded its footprint and re-ordered the interior.